I usually seem to find a classic to read. I loved reading Jane Eyre so much that I've been tempted to reread it soon! It's a beautiful story with interesting characters. Well described impressions and several reflections given through the main character Jane whom the story is told through.

Now I'm focusing on two books called The Lady of the Camellias by Alexandre Dumas Fils and The Magus written by John Fowles. They are both well written and easy to read. The first is a love story. The story takes place in Paris and is told by a curious man wanting to know more about the life of a rich, young woman who has passed away. He buys a book at an auction that belonged to her and one day a lover of the woman wishes to buy the book that he personally gave her. I love reading it. I've read most in this though, The Magus. The story begins in England and is told through a young man tired of his life. He moves to Greece where he's teaching english living in a small island with no friends. After living there for nine months going through depression a sudden curiosity about a strangers life get's his attention and when he meets this person he finds that he has for some reason been waiting for him. 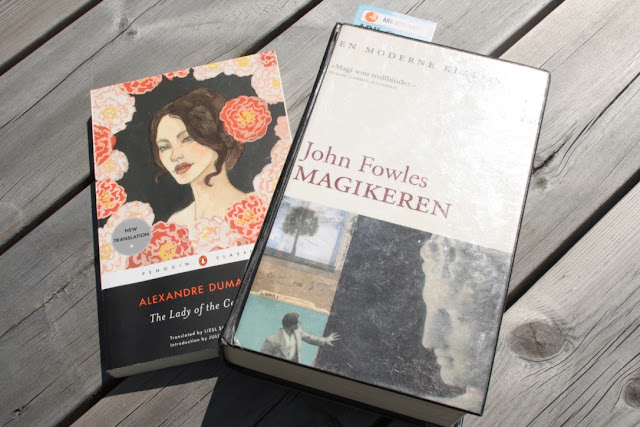 What do you think of these books? :)