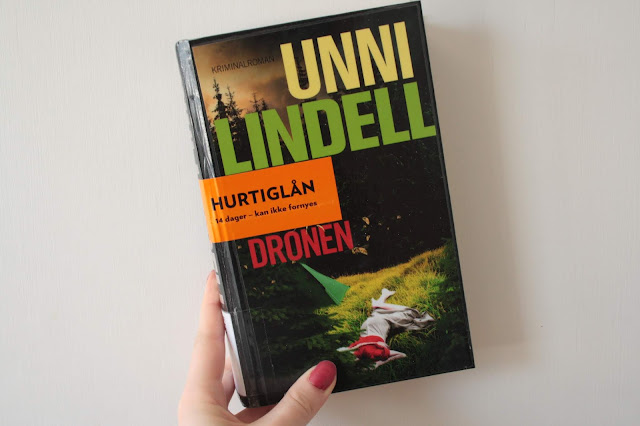 This easter I spent time reading "Dronen" (meaning the drone) by Unni Lindell. The atmosphere for a long time I would describe as the feeling you can get of someone watching you. Gradually I felt the atmosphere change. I found the first half most interesting. Overall I liked the book.

The main character is Marian Dahle, a police woman. At work she begins to investigate a murder that has happened recently in a forest. A man is found dead in a tent. And before that happened a man studied the area with a drone and saw him and his tent. And decided to go there in secret.

Marian suggests that someone might have used a drone to watch the area before the crime. The guilty usually stays close to the place where the crime happened. Sometimes I felt that was a bit strange.

Marian has problems of her own and the killer causes more problems for her when a neighbour goes missing.

I had no problem getting into the books own universe. It was well written and atmospheric. The length of story was good. I would like to read more of Unni Lindell's books.

Have you read this book?