Reading Now. Cards On The Table by Agatha Christie 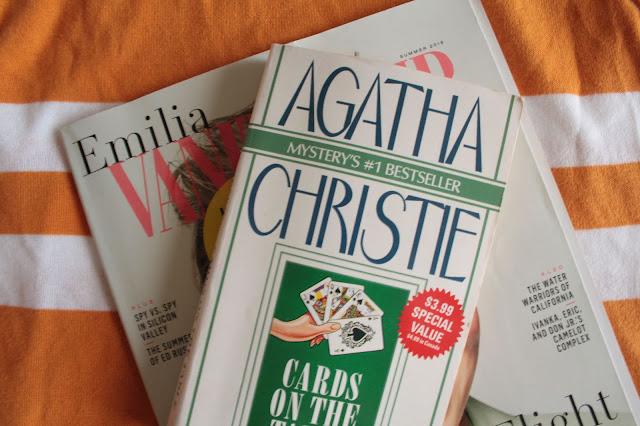 I've enjoyed reading this so much. I read many books and this is my favorite now. Because it is so surprising.

Detective Hercule Poirot is invited by Mr. Shaitana to a party. With people whom Mr. Shaitana believe are killers. He tells Hercule that he collects the human beings who commit murder and have not been noticed. Hercule goes to the party and that evening during the guests bridge play Shaitana is found dead. Before the man died he hinted to everyone during the dinner that he knew secrets. Hercule Poirot believes the answer is to look at these peoples past. Each person is given plenty of focus in the story.

As I read I get a feeling of time standing still. Which is pleasant. The story never gets boring. I've read it once before and seen the movie and remember there where nice surprises. Knowing that each suspect were described by Shaitana as a killer gives the story a special atmosphere. Have/ would you read Cards On The Table by Agatha Christie?