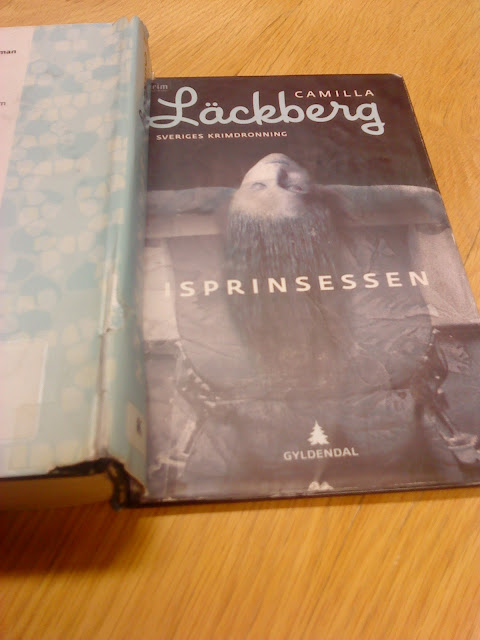 The Ice Princess is a crime story beginning with a man discovering a dead body in a house he is looking after. A woman is found dead in a bath tub in the house. The dead woman was the childhood friend of the main character Erica whom is the second to see the dead body in the house. The investigation of the local police begins with family members. And investigation seems to lack proper routines and knowledge which make the story more interesting and gives a feeling of something to look forward to. Early in the story as readers we get to know that a man seems definitely involved in the murder. Erica becomes quick a support for the family and has to deal with her own difficult loss of her parents and an unexpected problem caused by her sister's husband Lucas who wants to sell Erica and her sister Anna's late parents house where the two of them grew up. Erica begins to date a handsome police man investigating the murder helping out as much as she can. She has a personal interest in the case to use knowledge in a book project of hers.

I like the presentation of each character being easy to pick up. And I like that many of them are introduced early in the book!


The Ice Princess is the first of  Camilla Läckberg's crime books. And it seems promising! Camilla Läckberg has written many popular crime books . She writes good here with confidence and a good structure. This is my second reading of her books. Now I'm soon half way in the story looking forward to pick up the book again! :)


If you are into the fiction crime genre I can recomend this one. It is not as creepy as it seems looking at the book cover ;)